Your Future Self by Design™
Coaching Programs

Often, people feel trapped or held back by the stories they tell themselves. They may not realize that these false narratives undermine their paths to future success.

In fact, we all hang onto false narratives at some point in our lives.

I was bullied by classmates every day in the fifth and sixth grades. The bullying affected my sense of self-worth. Fifteen years later, this false narrative still played out in my adult life. I struggled with relationships, failing to share openly with others, creating rifts that grew over time until the relationships ended.

Then, I realized that the false narrative grew out of an inner feeling of weakness and an overwhelming sense of life’s unfairness. I chose to hide my vulnerable side, and the resulting breakups confirmed that life was, indeed, not fair. Although I recognized my behaviour as a reoccurring pattern, I lacked the tools required to make positive changes in my day-to-day existence.

Then I discovered the Neuro-Activ methodology. It helped me to learn to approach life with a positive mindset – one that nurtures my emotional intelligence. With time and effort, I was able to achieve a new feeling of balance and happiness that I now enjoy every single day.

However, it does require significant effort to succeed. Over eons, human beings have let fear and uncertainty corrupt their mindfulness, resulting in an overabundance of self-loathing and self-sabotage that’s difficult, but not impossible, to mend. In fact, most people struggle with maintaining a healthy, balanced perspective that enables them to achieve their goals, including a sense of happiness and satisfaction. Their inner saboteurs destabilize their emotional states, throwing their mental balance out of whack. 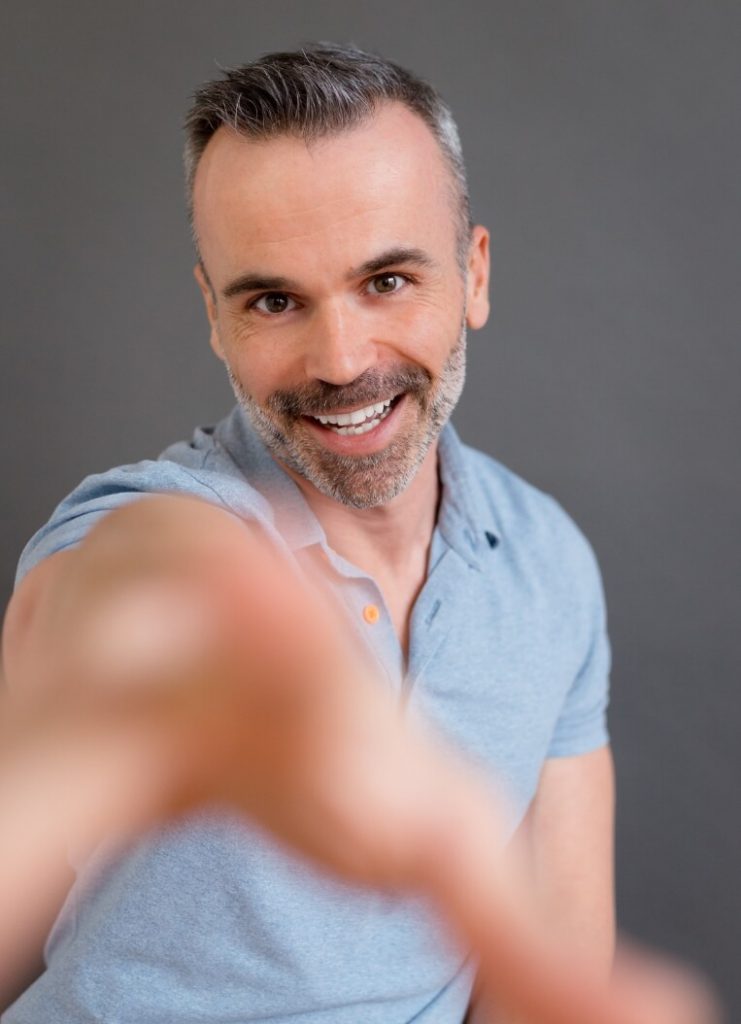 Worry, stress, negative thoughts, and anxiety are symptoms of a mind out of balance. Over time, these symptoms appear in every aspect of life. Like a snowball rolling down a hill, these symptoms gain momentum:


Your Future Self by Design™ Coaching programs can help you reset your mind’s inner balance, releasing years of doubt, fear, shame, and guilt. These programs result in a positive mind and greater confidence, clarity, and control. Each of our programs can help you shape and design your future you. Take back control of your mind from your inner saboteurs!

Everything you need right here!

The Positivity Accelerator program is an entry-level group coaching program for those of you who want to identify your inner saboteurs and learn how-to build your resilience using the innovative PQ app. If negative thoughts preoccupy your mind in most aspects of your life (work, friends, family, sleep, etc.), and you’re a “go-getter” who loves the power of group and collaboration then this program is for you. Increase your happiness by quietening your inner saboteurs and revealing your serene self. Equally effective at any age, learn to recognize the negative thoughts that swirl in your head, reverse their detrimental impact, and build the resilience your mind needs to remain positive and happy.

The Performance Enhancer program is the signature 1:1 coaching program. Not only do you get everything included in Positivity Accelerator, but you’ll also get 1:1 coaching sessions with me throughout the program. Not only will the PQ app help you identify your inner saboteurs and teach you hot-to build your resilience, but we can also focus on specific situations you’ve experienced and would like to transform! Anxiety, stress, procrastination, avoidance, people-pleasing, and career apathy unsettle your mind, so your star fails to ascend. This program helps you to overcome your inner struggles and re-establish your appetite for your aspirations. Rekindle your ambition and reengage the world with a more positive mindset! Equally effective for professionals, athletes, entrepreneurs, and recent graduates, this program helps you embrace your inner strengths and gain a new sense of purpose in your career path.

The VIP program works for individuals who have wrestled with their inner saboteurs or may have reset their professional paths, but still need time and support to manage their new inner balance. Structured as an open-ended option, this program helps you to focus on eliminating the self-doubting that arises periodically in a day or in a week, where you may risk weakening your mind’s inner balance or comprising the resilience you have built up. An ongoing maintenance program, comprising a weekly scheduled 1:1 call, including an option for (ad hoc) 20-minute sessions, helps reinforce the work you put in and further evolve your emotional intelligence.

VIP is effective for clients who have completed the Performance Enhancer OR want to put their transformation in “high gear” or have a desire for something “co-created” with them. Perhaps you’re reluctant to take on a new endeavour, or you’re facing challenges at home or professionally.

WHAT ARE YOU WAITING FOR?
LET'S HAVE A CHAT - IT'S ON ME!